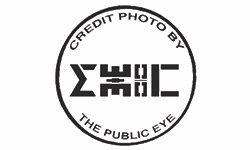 Si Ali, a young Algerian orphan arrived in Algiers in 1949 at the age of 12 years old from the Aures region with no money and education. He obtained a job at Studio Vedette, which was founded by Mr. Garcia in 1947. Studio Vedette specialized in portraiture. Si Ali as he described himself as the little arab that would mop the floor and get coffee for everyone.

Slowly but surely, Si Ali used his time in the studio as an apprentice and learned all aspects of the profession, including operating the 9X12 and 13X18 Lumiere chamber, retouching and printing techniques.The Studio was famous within the French and Algerian actors and singers and all the Algerian presidents.

Every single studio of the capital admired and emulated Studio Vedette. In 1962, Si Ali becomes the new owner of Studio Vedette and continued to run the business.

music on
CITY OF LIGHT !